The Woodlands, TX - The Pavilion’s Main Stage lights up again as ROCO (River Oaks Chamber Orchestra) kicks off its In-Concert series live from The Pavilion Main Stage. Rehearsals began Thursday, September 24 with the live-stream concert this Saturday, September 26.  The performance of Starburst will showcase the full 40-piece orchestra and will be conducted by ROCO Artistic Partner Mei-Ann Chen. The free event is fully virtual and can be viewed on ROCO’s social media channels or website, at www.roco.org/live. 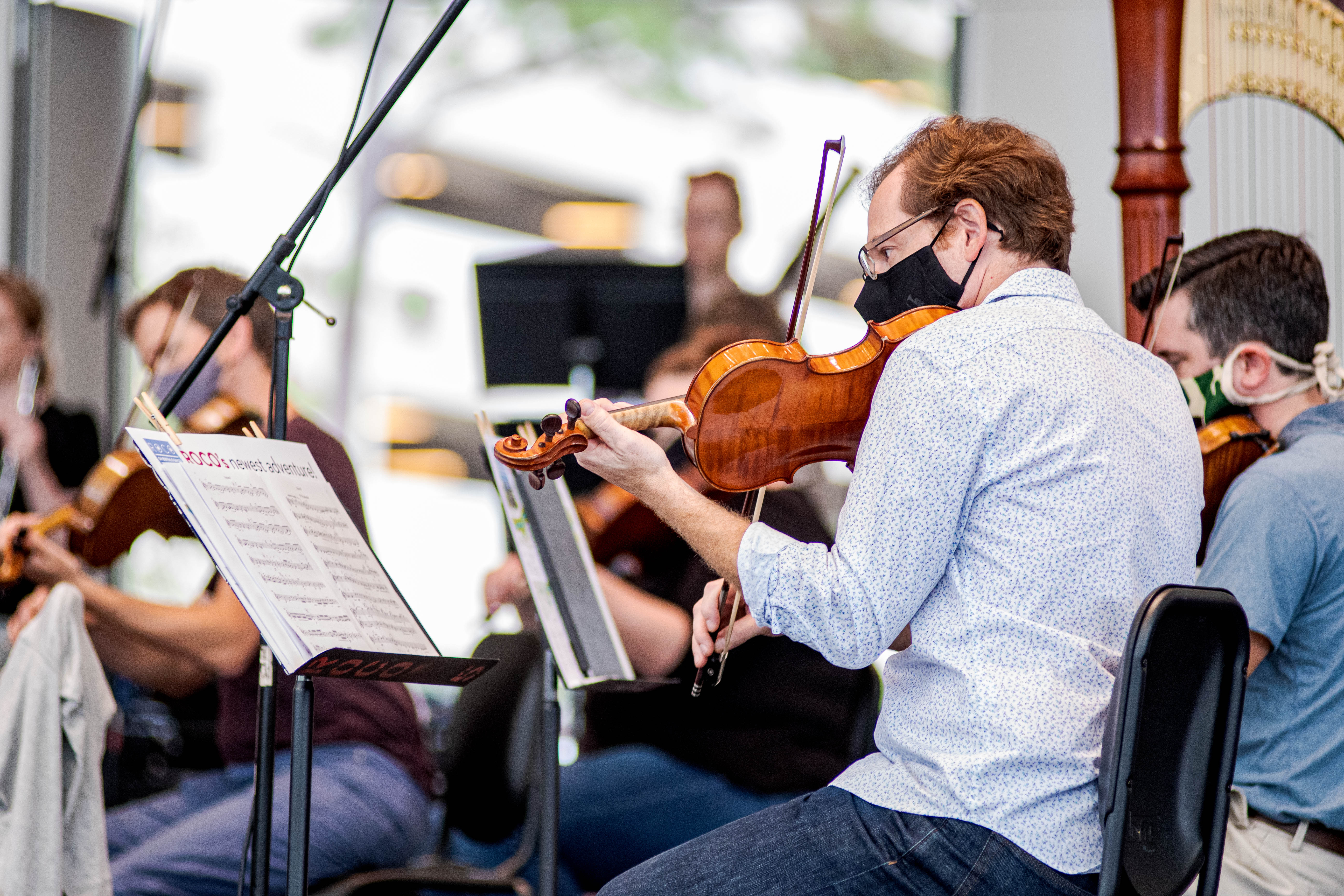 "What a gift to ROCO for us to be able to open our 16th season at The Cynthia Woods Mitchell Pavilion! It isn't just that it is an outdoor theatre that will provide a safer environment for our musicians, but it is also a jewel of a venue and one of the special places where Houston's spirit shines best,” said Alecia Lawyer, ROCO Founder/Artistic Director/Principal Oboist.

Conducted by ROCO’s Artistic Partner, Mei-Ann Chen, Starburst is built around a world premiere commission by composer and bandoneonist Richard Scofano, who will also be the featured soloist for the work. The symphonic poem, entitled La Tierra Sin Mal (translating to The Land Without Evil), is inspired by the mythology of the Guaraní people, and takes the form of a concerto for bandoneon (a Latin-American bellowed instrument) and orchestra. Starburst will also present works from Fauré, Debussy, and Sibelius, as well as more modern composers, including Jessie Montgomery’s piece Starburst, and the instrumental version of Eric Whitacre’s Lux Aurumque.

"We are excited for our stage to have musicians making music again.” said Jerry MacDonald, President and CEO of The Pavilion. “This is a momentous occasion after a dark season due to COVID-19 and is a wonderful opportunity for us to broaden our 2020 performing arts offerings."

For more information about ROCO or the Starburst performance, please visit www.roco.org/performances/roco-in-concert-starburst.

About ROCO: ROCO is a dynamic and innovative professional music ensemble that flexes from 1 to 40 players from all over the US and Canada, with guest artists from around the world. Performing intimate concerts in dozens of venues, ROCO’s musicians don’t just give concerts – they challenge preconceptions, create extraordinary experiences, and foster new relationships with audiences through the language of music. ROCO’s debut album, Visions Take Flight, was recognized for a GRAMMY® Award for Producer of the Year for Blanton Alspaugh.

Widely recognized for diversity in programming, a recent study from the Institute for Composer Diversity found ROCO is the number one ensemble in the US for performing the works of women and number two for the works of composers of color. Additionally, ROCO has the third-highest number of commissions in the United States and has premiered nearly 100 commissions from living composers. ROCO embraces technology, with free worldwide concert livestreams and real-time artist commentary via a smartphone app, as well as on-demand recordings of past concerts via popular music streaming services. A vital part of the community, ROCO concert DVDs are sent to nursing homes and hospitals to bring music to those immobile communities, and their music education/childcare program called ROCOrooters attracts multigenerational audiences